On 27 April we released a brief initial statement[1] in response to the Global Witness report ‘The ITSCI Laundromat’ which confirmed that we are dedicating time in a full analysis in light of the serious allegations the report makes.  Recognising stakeholders’ and commentators’ interest, we are providing this status update pending our full and final comment, which we aim to share around the end of May.

We retain our strong belief that ITSCI plays a credible and valuable role in responsible sourcing of 3T minerals. While welcoming constructive feedback and evidence of risks we also retain the view that there appears to be a lack of balance and evidence supporting the Global Witness reporting. ITSCI refutes all allegations of deliberate misuse of the ITSCI system or other illegal activity but regardless take the report and all allegations made very seriously and are assessing these for our due diligence.

We are already in a position to share some early comment in advance of our final response. As the introduction, executive summary and conclusion repeat many of the allegations we believe our comment is best directed at examining each section.

The Global Witness report includes quotes, facts and references that require detailed evaluation, including through field teams and conversations with local stakeholders. In addition, any comment on references to legal documents[2] must proceed with care to avoid potential prejudice although according to recent reports[3] the case appears to have been dismissed by the arbitration tribunal.

ITSCI provided extensive commentary to Global Witness in December 2021, and continues to analyse to what extent this has been reflected in the report. We remain committed to transparently reporting and are considering sharing our extensive original December commentary alongside our detailed final response.  We will invite our members, stakeholders and commentators to review all information as it becomes available to inform their own due diligence.

As we do for any issue or concern raised which may impact supply chains we will transparently record, investigate and report through our incident mechanism.  All incidents are reported publicly. 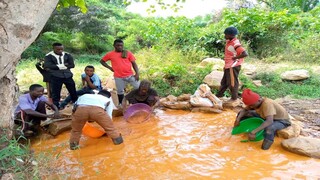