In media reporting of the recent activities of the M23 rebel group many outlets make generalised statements on armed group presence in the ‘mineral-rich east’ of DRC and imply connections between minerals and funding of conflict. ITSCI can clarify that as of today, the active presence of M23 is reported in one territory (Rutshuru) in North Kivu, DRC; ITSCI does not support any 3T mines in that territory. While a mineral transport route can occasionally pass through Rutshuru, we do not currently have any reports of any interference of M23 or impact of clashes between M23 and the Armed Forces of the DRC (FARDC) on ITSCI associated mineral supply chains. Some traders have decided to take risk mitigation measures by considering alternative transport routes.

Since May 2021, the Congolese authorities have implemented a state of emergency in North Kivu and Ituri provinces. Over the past few weeks, there have been rumours about the presence of M23 fighters in Masisi territory, particularly in Rubaya (North Kivu). The local multi-stakeholder committee or Comité Local de Suivi (CLS) in Rubaya has continued to assess security in each monthly meeting held since March 2022. So far, according to CLS members, which include the Mine Police (PMH), the National Intelligence services (ANR), FARDC and local authorities, the presence of M23 fighters has not been confirmed in the Rubaya area or in Masisi. Note that Rutshuru is to the northeast of Rubaya and Goma, and Ituri is further north still.

ITSCI remains committed to support responsible sourcing from Conflict Affected and High Risk Areas (CAHRAs) and continues to closely monitor the evolution of the situation through our experienced field teams. 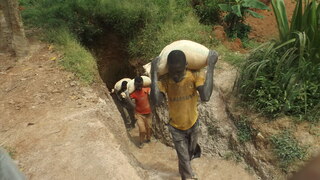