ITSCI’s Statement in Response to Global Witness ‘The ITSCI Laundromat’

ITSCI takes very seriously all concerns regarding the governance and operation of our programme or unreported risks to supply chains. We have dedicated significant efforts to analyse the Global Witness report ‘The ITSCI Laundromat’[i] and have determined that while usefully reflecting some challenges intrinsic to conflict-affected and high-risk areas it contains contradictions, inaccuracies and selective reporting. Global Witness present a sensationalised and exaggerated picture with what seems a bias towards views of certain actors.

ITSCI strongly rejects all Global Witness’ stated or implied allegations of wrongdoing, facilitating deliberate misuse of ITSCI systems or illegal activity. We provide our full and detailed analysis in our transparent response of June 2022,[ii]  making use of both existing information and new field enquiries, to support our determination. In December 2021 we provided extensive input to Global Witness which was only reflected in their reporting in a limited way. Important stakeholder inputs from government and companies appear to have been similarly dismissed without reason.[iii]

Rumours and agendas are a common challenge to accurate evaluation in informal contexts. In 2009, de-risking and de-facto embargo resulted from unresolved differing opinions on links to armed groups.[iv] Now, ITSCI’s on-the-ground presence makes reasonable and good faith efforts to create best available understanding of local circumstances. This will never be perfect, yet while Global Witness relied on 90 interviews, ITSCI has 120 permanent local field staff supported by an international team continually gathering and evaluating information. Global Witness’ language such as ‘appears’, ‘large’ and ‘seemingly’ illustrates their limited confidence in many of their claims.

ITSCI supports stakeholder engagement in our identification, mitigation and transparent reporting of risks listed in Annex II of the OECD Due Diligence Guidance from High-Risk and Conflict-Affected Areas (CAHRA). In CAHRA, risks are expected and resolution of risks is what drives progressive improvement. Global Witness expects ‘certification’, impossible guarantees of ‘conflict-free’, and prevention of all links between risk and minerals in an approach that can drive harmful embargo. ITSCI is not a certification programme, does not claim to make such guarantees and may identify risks after-the-fact.

Global Witness ‘reveal’ allegations of abuses potentially linked to ITSCI monitored supply chains without much substantiation, and with limited recognition of our own pre-existing and numerous reports on the same or similar risks. Incidents of Annex II risks in a CAHRA should not be a surprise to any stakeholder. In 2021, ITSCI reported 1,325 incidents which included;

Our incidents demonstrate our commitment to transparent reporting, and our actions demonstrate our engagement with stakeholders to achieve positive outcomes. Our incidents on armed groups demonstrate that, even when such groups are present in the general area of a mine, direct impact on mineral supply chains should not, as Global Witness does, be assumed. ITSCI works to maximum specificity to avoid unfairly stigmatising large areas without reasonable evidence.

Global Witness conveniently focuses on traceability, fraud and smuggling which is a global challenge and one we do not deny as a reality.  Fraudulent misrepresentation of origin is an OECD Annex II risk which can be mitigated over time, and one we have multiple processes to identify and address. Global Witness wrongly implies traceability is what guarantees ‘conflict-free’ minerals, seeming to discount the importance of local knowledge, spot checks and engagement which is at the core of risk management.

We have reported that non-state armed groups have been present around Lukoma mine and mines in Luyuyu, and there are positive developments despite ongoing security challenges. Mines around Luyuyu are already integrated into ITSCI following improved security from the Congolese army (FARDC). The situation at Lukoma also improved through FARDC security for a time although the non-state armed group recently returned. Stakeholders have confirmed that fraud discussed by Global Witness from Lukoma to Nzibira to be less likely than other potential routes. We have incidents documenting mineral of unknown origin tagged in areas of less focus by Global Witness and have further trained stakeholders on expectations, reinforced procedures and encouraged government investigation as is our normal approach.

Otherwise, there is limited information in the ‘Laundromat’ report that is accurate and new. It contains many unsubstantiated and false allegations, our comments on which are summarised in our response to the Executive Summary[v]. Important examples are false Global Witness claims regarding a non-existent MOU and implied links to Rwandan defence, untrue allegations of profit incentive on non-profit activity, and a conflict of interest in relation to governance.  The credibility of allegations is undermined by Global Witness’ apparent tendency to rely on certain sources such as ‘experts’ associated with a failed arbitration case, and a company found responsible by the DRC court for offences relating to the death of two miners. There are questions over balance and independence of reporting.

We consider Global Witness’ allegation of systemic failure and covering up of mineral laundering an extraordinary exaggeration.

While rejecting Global Witness’ unfounded allegations in Sections 1 to 4, ITSCI agrees with, and has advocated for, many of Global Witness’ recommendations. We believe that all companies should understand and contribute to schemes that they rely on or elect to use; final responsibility for due diligence remains firmly on companies. We also agree that any step towards improved governance and enforcement will help reduce the complexity and need for our work. We reject allegations of secrecy and remind all stakeholders of the extensive information available to members, partners and later to the public.[vi]

Global Witness’s underlying prejudgement appears to be that industry schemes cannot work, which contradicts OECD guidance recommendations for effective and efficient due diligence. We strongly believe that the 3T sector, the Great Lakes Region, and ITSCI have played an important, leading, proactive and credible role in demonstrating the implementation and benefits of due diligence. We remain proud of our work.

Although being at the core of ‘conflict minerals’ campaigning in 2009 and purportedly supporting the OECD due diligence guidance, and concept of progressive improvement, Global Witness paints a picture based on conflicts of 10-20 years ago and makes only limited recognition of positive change since that time. It is unclear what Global Witness’ alternative solution now is.

Regardless, ITSCI takes all allegations seriously and has instigated further checks and follow-up as necessary. Without qualification, ITSCI appreciates that this report, however we see it, has been an opportunity to take stock and consider what we can learn and how we can achieve further continuous improvement.

ITSCI welcomes whistle-blower reports of risks related to OECD Annex II. These can be submitted via any local contacts or our dedicated email address ([email protected]) or other means explained in our whistleblowing policy.

Circumstances in the region are complex, geographic names can be unclear and security and mineral trading situations can rapidly change. Global Witness reports on several locations and topics, some of which may interrelate, and information can be detailed. We suggest review of the following depending on the extent of reader’s interest;

For further clarification or enquiries on the ITSCI programme or on how to access incident information, please contact:

Regarding other areas of South Kivu, Global Witness;

Regarding other allegations, Global Witness;

[i] Global Witness (April 2022): The ITSCI laundromat – how a due diligence scheme appears to launder conflict minerals, London. Available at: https://www.globalwitness.org/en/campaigns/natural-resource-governance/itsci-laundromat/ 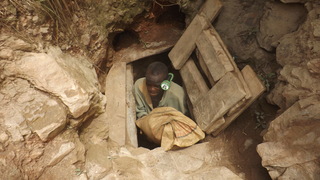 DOWNLOAD THE FULL STATEMENT IN ENGLISH
DOWNLOAD THE FULL STATEMENT IN FRENCH
DOWNLOAD THE DETAILED RESPONSE IN ENGLISH
DOWNLOAD THE DETAILED RESPONSE IN FRENCH
CONTRIBUTION - PROVINCIAL GOVERNMENT OF NORTH KIVU (ENGLISH)
CONTRIBUTION - PROVINCIAL GOVERNMENT OF NORTH KIVU (FRENCH)
CONTRIBUTION - JIM FREEDMAN, AUTHOR
Manage Cookie Consent
To provide the best experiences, we use technologies like cookies to store and/or access device information. Consenting to these technologies will allow us to process data such as browsing behaviour or unique IDs on this site. Not consenting or withdrawing consent, may adversely affect certain features and functions.
Manage options Manage services Manage vendors Read more about these purposes
View preferences
{title} {title} {title}