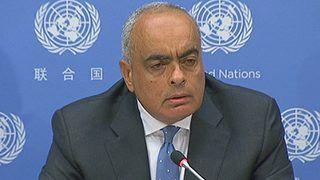 The final report (S/2017/672) of the UN Group of Experts on the DRC was recently released and presented to the Security Council by Amr Abdellatif Aboulatta (Egypt), Council President for August. Two members of the Group had been murdered in Kasai Province in March and this unfortunate event was understandably the focus of comments. The discussion went on to consider the tremendous challenges which exist in the DRC, with the dynamics of the conflict ever-changing, an illicit trade in artisanal gold funding increasingly fragmented but heavily networked armed groups and human rights violations at significant levels. We are pleased to note that the President was able to report some positive news saying that the ‘improved efforts to trace the origin of tin, tantalum and tungsten had reduced the ability of armed groups to benefit from the exploitation and trade of those minerals.'(Click here) The text of the report itself(Click Here) goes further to say, that not only have instances of direct benefit to armed groups from the 3T sector considerably reduced, but that opportunities for indirect benefits from these minerals are also decreasing in contrast to the situation with gold.

As the only operational traceability and due diligence system in the DRC the Group discusses the iTSCi programme, including some instances of poor implementation of tag controls, potential movement of minerals between mine sites and so on. iTSCi is currently working on a large scale across seven provinces, continues to co-operate with the Group, and has provided further detailed responses to these highlighted issues which can be read by clicking here

The Group addresses a final recommendation to the DRC Government to develop a zero-tolerance policy towards corruption within field services in order to empower authority of staff to implement traceability – a recommendation that iTSCi agrees could significantly improve governance. In addition, iTSCi itself is always seeking ways to continually improve and we have already introduced various new tag control measures and other adaptations to traceability implementation in Masisi and Walikale, North Kivu. In 2016, iTSCi monitored production, trade and transport conditions associated with more than 18,300 tonnes of 3T exports across the region.

ITRI comments on the UN Group of Experts final report