A recent Al Jazeera Fault Lines episode ‘Conflicted: The Fight Over Congo’s Minerals’ debates the impacts of the Dodd Frank Act on the mineral sector in the DRC and presents varied points of view on the challenges of implementing mechanisms to bring about change. While international advocacy groups have been highlighting concerns over causes of violence in the DRC and pushing for action, miners and other stakeholders in the DRC explained how this may not have benefited the country, and how the US intervention on conflict minerals has brought new challenges. Between these two extremes are companies and industry associations working hard to find reasonable and practical ways forward but open to criticism for doing so. The alternative approach to ‘say nothing, do nothing and be nothing [1]’ is far easier, but would ultimately result in much greater harm by removing opportunity from those most in need by creating continued de-facto embargo.

At the heart of this discussion, as noted by Dan Fahy in the interview, is the problematic term ‘conflict free’ which is used by campaign groups to present a very complex situation in overly simplistic terms and excite consumer expectations of an ideal ‘conflict free’ world. This type of black and white description enshrined in Dodd Frank is not aligned with the due diligence approach of progressive improvement and risk management supported by multi-stakeholder experts and guidance developed by the OECD. It is this contradiction which underlies the debates seen in Fault Lines and leads to various misunderstandings.

Al Jazeera reported on a number of issues relating obliquely or by implication to the iTSCi Programme yet unfortunately did not refer to our work, and did not include any information provided to them.

The interchangeable use of the terms certification, tagging, due diligence, legality, validation and ‘conflict-free’ within Fault Lines obscures the true story. For clarification, the iTSCi programme assists governments themselves to perform tagging, in order to establish a recognised system of traceability to known mines and companies, which are continually monitored and also audited against OECD due diligence recommendations. iTSCi is not a certification programme but our work supports the governments in issuing ICGLR certificates for legal purposes should they choose to do so, as well as supporting companies with information they require to make their own purchasing decisions following due diligence. In the DRC, a mine validation process has been legally required before ICGLR [2] certificates are issued on mine sites recently added to the iTSCi programme and our staff participate in those visits, but are not responsible for them, and any situation relating to a lack of validated sites is not created by iTSCi.

Al Jazeera implies blame for lack of certified by sites on iTSCi by reference to an IOM source claiming that only 10% of the potential production from artisanal and small scale mining in the DRC comes from mines validated by the DRC Government, and therefore implying the remaining 90% is not ‘conflict free’, does not have access to tags, and is not legally exported. As explained to Al Jazeera, these figures are not correct or representative of the situation for 3T minerals which iTSCi supports. For clarification, iTSCi is implemented at both 100% of accessible officially validated 3T mine sites in four DRC provinces, plus a large number of additional sites preevaluated by an equivalent process to validation. There is only one major 3T area in the DRC where iTSCi remains to be implemented. Statistics show that 87% of DRC cassiterite was included in iTSCi in 2014.

As a specific example, in North and South Kivu validation missions have visited 122 sites of which 110 are 3T and the balance gold [3]. Of the 110 sites visited, 73 are considered ‘green’, and iTSCi is implemented at 100% of those green sites which have agreed access (69); the remainder cannot be accessed due to concession issues.

In fact, the extension of iTSCi to additional sites is more frequently delayed by the time taken for the validation process, not vice versa. Tangible support for implementation of iTSCi at each site as it is validated would be the most effective way to dis-incentivize smuggling.

One of the key challenges around the conflict mineral topic is ensuring careful verification and evaluation of the credibility of information sources bearing in mind that there is always a risk of underlying motivations for those who may prefer to maintain the status quo or have other influences. iTSCi staff on the field cannot locate any information to verify the claimed seizures of 52 tonnes of illegal mineral by Mr Kayonga of the South Kivu anti-fraud commission which is unusual since seizures of any quantity invariably raise debates on ownership, tax payment and so on within the community and authorities. iTSCi is aware of seizure of around 4.5 tonnes of untagged mineral earlier in the year in which Mr Kayonga played some role which for example has been openly debated for several months [4].

Mr Kayonga also claims recorded mineral production at Nyabibwe/Kalimbi [5] is ‘too much’ implying much more is produced at Numbi [6], and that significant quantities from Numbi are tagged at Kalimbi. In fact, Nyabibwe is a larger production area than Numbi. Between mid-June and mid-September 2010 the iTSCi pilot project operated at Kalimbi recording ~100 tonnes of cassiterite being produced and tagged each month – at a time prior to the Dodd Frank Act, and prior to the existence of any incentive for smuggling. At the end of 2012 there were more than 1,000 miners working on site producing between 80-100 tonnes of mineral per month as witnessed by a large number of external visitors. However, the production in Kalimbi has been constantly falling for many months as the mine comes to the end of its life, now producing less than 20 tonnes a month. This reducing trend can easily be observed below in the recorded production figures for tagged mineral, figures which have not been materially affected or reduced in any unusual way by the start of tagging at
Numbi in recent months. Unfortunately Al Jazeera did not make any requests to iTSCi for production information relating to either mine and has therefore presented unverified information.

In an interview Global Witness explains that ‘eliminating risk is really not a possibility’, placing emphasis on the internationally agreed due diligence process to manage and resolve those issues, including the essential involvement of local communities. iTSCi is in full agreement with this approach and provided explanations to Fault Lines on other key activities of the iTSCi programme, particularly monitoring of the supply chain by communities, authorities, companies, implementing NGO’s, auditors and other critical stakeholders which support the tagging process in order to manage risks. It is therefore both misleading and highly disappointing for Fault Lines to omit such information within the report when describing the sale of 2 Rwandan tags from a company already being investigated for such activity.

iTSCi is a unique initiative which has been highly successful in developing a responsible global upstream supply chain in which large numbers of known participants avoid funding armed groups in conflict areas of central Africa through the application of assisted due diligence. The programme operates in the most difficult locations in the world, and has driven enormous change on the ground, with huge numbers of mines, and mining communities now benefiting from more secure and safer environments. We choose to face difficult challenges every day, and choose to make a positive difference, since that is the right thing to do.

Al Jazeera ultimately asks whether Dodd Frank has brought benefit to miners in eastern Congo or caused new issues and in fact both are true since the law was imposed without thought of a solution and has brought no financial or resource support to implement that solution. Where iTSCi is not in place, Dodd-Frank creates an embargo. However where iTSCi has been put in place, Dodd-Frank drives a more positive change through continued trade with due diligence.

While no system can be perfect, iTSCi has succeeded in implementing an effective system to manage risks and to break the link between conflict financing and the mineral trade where other interventions and alternatives have failed. iTSCi welcomes criticism that can lead to further improvements of our work as a platform for stability and growth, but encourages that criticism to be directed in a positive manner considering all facts. Stakeholders who lose sight of the general objective and expect total solutions to illegality and total elimination of risk will contribute to further harm to the situation in the DRC.

[5] Kalimbi, the first site iTSCi site for pilot activities in 2010, and the first Kivu site to break the de-facto embargo in 2012 is within the Nyabibwe area. 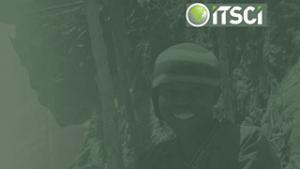 DOWNLOAD PDF (EN)
Manage Cookie Consent
To provide the best experiences, we use technologies like cookies to store and/or access device information. Consenting to these technologies will allow us to process data such as browsing behaviour or unique IDs on this site. Not consenting or withdrawing consent, may adversely affect certain features and functions.
Manage options Manage services Manage vendors Read more about these purposes
View preferences
{title} {title} {title}