Addressing OECD Annex II risks with partners in the DRC

At ITSCI, we record, verify and report progress in addressing all OECD Annex II risks through our incident management system. In March 2022, for instance, it was reported that a group of armed and uniformed agents of the Armed Forces of the Democratic Republic of Congo (FARDC) came to one ITSCI sub-sector and reportedly demanded illegal payments to secure the site, allegedly due to the ‘state of siege’ that is currently ongoing in North Kivu Province, DRC.

Our ITSCI field team visited the site and worked with the local and provincial multi-stakeholder committees (Comité Local de Suivi or CLS and Comité Provincial de Pilotage or CPP) to follow up with FARDC leadership and raise awareness about risks related to armed forces interference in mining activities. ITSCI opened an incident, informed all ITSCI members of the risk and advised them to follow up with their suppliers. After discussion at a CLS meeting with FARDC Commander, the incriminated FARDC Lieutenant was called back to his military base. Following awareness-raising by ITSCI, the FARDC Commander committed to taking actions whenever such cases are reported by ITSCI or state services. Subsequently, activities at the site continued their normal course without FARDC interference. This incident is a good example of successful risk mitigation. It further demonstrates the trusted relationship that ITSCI has with multiple stakeholders on the ground, including state security forces, which is instrumental in achieving incident resolution.

ITSCI shares information with ITSCI member companies, government partners and advisors at the earliest opportunity and on a monthly basis to support due diligence. 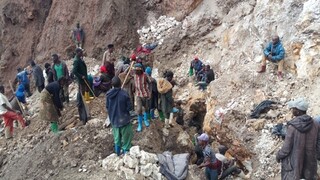