Through collaboration and feedback from PACT and its partners, the Government of Burundi was able to identify and revise issues created by previous policies that hindered mining production and devise new mining regulations. Subsequent to these new regulations, the 3T mining sector in Burundi has blossomed. The formalisation of mine sites and miners earning fair prices for their minerals on the international market has created a promising business environment.
Previously, under the old mining regulations, licenses for formal mining cooperatives cost more than US$13,000 and expired at the end of the calendar year, regardless of when they were issued. As a result more than half of the cooperatives were operating illegally by the end of 2014.

Production of 3T minerals was extremely low, affecting the stability and health of the mining sector. This setback was intensified by an ongoing political crisis since April 2015 and nearly led to ITSCI Burundi’s closure.
The Burundian government adopted a decree in June 2015, which included recommendations from a PACT 2014 study “Transparency in revenues from artisanal and small-scale mining of tin, tantalum, tungsten and gold in Burundi”. Under the new regulation, license fees were cut by two thirds and made valid for a full 12 months. The decentralization of several services, including the Burundi Office of Mines, in September 2016, also enabled cooperatives to obtain their licenses faster, at their various regional offices, without the need to travel to the capital, Bujumbura.

These changes, along with an overall stablisation and improvement with security through-out 2017, quickly helped formalize Burundi’s 3T sector. Thus, allowing for rapid expansion of the ITSCI program in the country and a more favourable business environment.
By early 2018, 94 mine sites or pits have been integrated into the ITSCI system – more than twice as many as in 2015. Through ITSCI, more than 5,570 artisanal miners have access to fair prices to sell their approximately 75 tonnes of conflict-free 3T minerals produced each month on the international market. 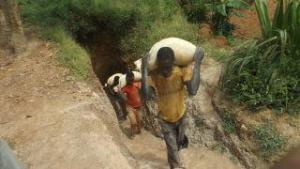