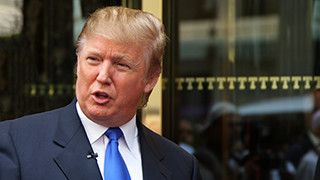 The US Treasury Department has recommended repeal of four sections of the 2010 Dodd-Frank financial regulatory law, including Clause 1502 mandating due diligence disclosure of ‘conflict minerals’ from Central Africa. It is argued that such disclosures are not “material to the reasonable investor for making investment decisions”.

The move is part of a general initiative to streamline regulatory systems seen by the Trump administration as holding back economic opportunity and growth.

This is the latest in a series of pushback moves against the disclosure rule, including formal suspension of enforcement by the Securities and Exchange Commission (SEC) after a court judgement in 2014. The SEC has been overseeing a stakeholder consultation on Clause 1502 since January 2017 and the State Department has also been consulting on the matter since March. The HR10 Financial CHOICE Act, already including a call for repeal of Clause 1502, was passed in the US House of Representatives in June, pending review by the Senate.

In the meantime due diligence for responsible minerals sourcing from Central Africa has become a de facto reality for most major brand owners, independent of US regulation, enabled by the successful operation of the iTSCi programme on the ground. In any case the new EU Regulation on due diligence will begin to have some effect.