ITRI comments on the UN Group of Experts midterm report

ITRI, as the global tin industry association, leads the implementation of the joint industry iTSCi due diligence programme in the DRC and adjoining countries. Our organisation and our member companies are committed to playing their part in breaking the link between mineral trade and conflict, and we welcome constructive comments and recommendations from all stakeholders such as the UN Group of Experts in their recent report S/2015/797, however we would like to clarify certain points as below.

Shabunda is a territory in the west of South Kivu Province, close to Maniema where ensuring security is extremely challenging due to the remoteness and lack of infrastructure. The Groups’ report highlights the activities of the Raia Mutomboki (RM) armed group and the impacts on non-iTSCi cassiterite trade in Shabunda where iTSCi estimates suggest that 35% of cassiterite may have been affected by RM in recent months.

However, control by the Congolese authorities in Shabunda has continued to improve in recent months and while the RM certainly remain a concern in some parts of the territory, it is useful to understand that not all areas are affected by RM. As a result, government validation of 3T mines as conflict-free in some areas of the territory is expected shortly. Shabunda is the only significant 3T mining area in the DRC which is not yet integrated into the iTSCi programme and as such, is one of the few areas where there remains a high risk of conflict related minerals arising; however, successful validation will allow implementation of iTSCi in the next few months and further progress to be made.

The Group discussed how 126 tonnes of untagged cassiterite passed through Tchonka airstrip over a seven month period, and iTSCi agrees that this mineral is most likely to be from Lulingu in Shabunda which is the area at a higher risk of connection to RM. However, it should not be assumed that all cassiterite leaving Shabunda, or leaving Africa, is either legitimately or fraudulently tagged. This tonnage represents less than half of the total tonnage of untagged cassiterite that is estimated to still reach the international markets from central and southern africa over the same period of time. For added context, this tonnage is estimated to be less than 0.1% of global tin supply, and less than 2% of the cassiterite delivered to international markets from the region.

It is also interesting to note that the extent of gold mining in Shabunda and the extent of RM and FARDC interest in control of that sector, as well as the potential earnings from gold are significantly higher than for the 3T minerals as also described in the Groups report.

Smuggling and fraudulent use of tags

The Group discusses smuggling issues and sale of tags which are not unexpected challenges within the operating environment of the region but of course should be minimised as far as possible. We welcome the Groups’ recommendation to the Government of Rwanda to investigate and prosecute, as necessary, any companies involved in the illegal sale of tags and paperwork, as we would also expect our other partner governments of the DRC and Burundi to do.

While all partners understand that the occurrence of risks impacting the supply chain need to be minimised, it is the identification and follow up of such issues that is key. iTSCi has developed many tools to mitigate and resolve risks in the supply chain in alignment with the concepts of due diligence described in the internationally accepted OECD guidance, and we are pleased that the Group acknowledges the positive action taken by ITRI to follow up on issues highlighted in previous reports.

Mitigation and risk management continues to be the approach of iTSCi and we do not support expectations of perfection which lead to disengagement, embargo and a regressive spiral of events. We welcome investigation of smuggling by the Group since that investigation may assist in highlighting the need for follow-up by authorities, however, we also note that control of borders is not directly within the sphere of influence of the iTSCi Programme. Limitations in the potential for improvements that can be brought about by companies must be recognised and wider stakeholder initiatives on these type of challenges would be welcome.

The Group mentions an incident of attempted smuggling (SK-2015-0073) and this case highlights again that the failure of the international community involved in the OECD-ICGLR-UN Forum to agree a solution for the treatment of seized minerals continues to allow situations to develop which present risks and threaten infiltration into the supply chain.

The iTSCi Programme has brought a significant transformation and positive change to the 3T mineral sector in the central African region over the last 5 years and we will be continuing to co-operate with the Group, and to seek further improvements to iTSCi processes, in order to further reduce risks in the future. 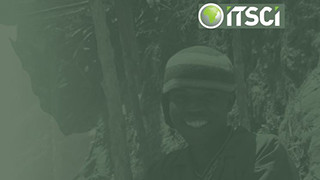