A new study led by the Wildlife Conservation Society (WCS) has revealed that the global population estimate of critically endangered Grauer’s gorillas (Gorilla beringei graueri) is now 6,800 individuals compared to a previous global estimate of 3,800 individuals.

Grauer’s gorillas are a subspecies of eastern gorillas found only in the eastern Democratic Republic of the Congo (DRC). The 2021 population estimate includes new field surveys conducted in the Oku forests. The findings provide hope for the conservation of Grauer’s gorilla in eastern DRC but still maintain Grauer’s gorillas as critically endangered.

Sustainable forest management is important to protect biodiversity. To participate in safeguarding endangered species and forest protection, ITSCI procedures include the reporting of risks in protected areas. Through our incident system, our teams report on concerns about clandestine mining activities in or near national parks in the eastern DRC. Mining in parks and protected areas is prohibited by DRC law. When such issues are reported, ITSCI contributes to developing and agreeing on mitigation measures implemented by relevant authorities. 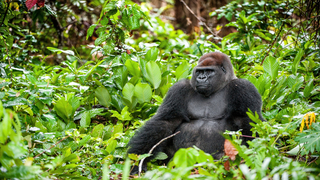