Volcanic eruption in the Democratic Republic of Congo

On Saturday 22 May 2021, Mount Nyiragongo situated in the North Kivu province of the Democratic Republic of Congo, near the capital city of Goma erupted. From Monday, repeated tremors raised concerns about another eruption. One tremor has reached a 5.1 magnitude.

The government authorities in North Kivu, DRC announced Thursday that magma had been detected beneath the city of Goma and the adjoining Lake Kivu. Given these scientific observations, an eruption on land or under the lake cannot be ruled out at present, and it could occur with very little or no warning. So, early this morning, thousands of people fled Goma on foot, car and boat, creating traffic jams and chaos.

ITSCI teams and partners have evacuated staff to Bukavu where they will stay with our support for the next two weeks, while the Goma situation is clarified. The situation will continue to be evaluated. The UN reported that about 1,000 houses were destroyed by the eruption. At least 32 people have died, 6,278 were injured and more than 30,000 have been displaced. UNICEF reports that 170 children are feared to be missing. The UN Refugee Agency is assessing the needs of affected communities in Goma.

ITSCI’s office in the city of Goma is currently closed and we ask for your patience during this period. Our teams are currently safe and their security and well-being are our priority. We remain vigilant and will provide further updates as the situation develops. Our thoughts are with our colleagues, partners, stakeholders, and everyone in the region. 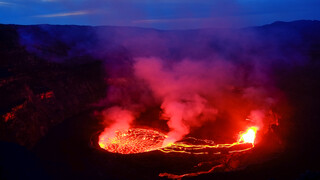