The Rwanda Extractive Workers’ Union (REWU) hosts regular TV shows to discuss mining issues, miners’ rights, and ways to professionalise the sector. On February On February 29th Ildephonse Niyonsaba, ITSCI Programme manager was invited by REWU (Rwanda Extractive Workers’ Union) to explain how mineral traceability and Due diligence is implemented in Rwanda. The show depicted the progress made over the years and the current challenges such as mineral smuggling.

Responding to queries about due diligence cost, the ITSCI Programme manager highlighted that, what differentiates ITSCI is its traceability system, which is done directly on the ground with a large number of field staff deployed to regularly monitor the mines all over the country, which justify the costs. He added that ITSCI has confirmed its efficiency in terms of following international procedures, and is the only programme independently recognised as 100% aligned with the OECD due diligence guidelines for responsible mineral trade.

The Rwanda Extractive Workers’ Union (REWU) expressed its gratitude for the close collaboration with ITSCI and for the opportunity to participate in joint workshops with RMB in different provinces to raise issues regarding miners’ rights and contracts. 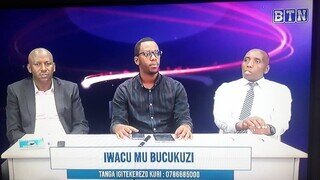