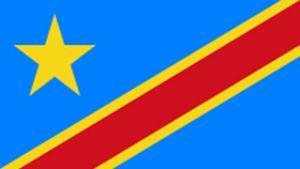 Reuters reported that the commission set up to draft detailed regulations to implement the new DRC mining code has completed its work with limited concessions to the requests of large mining companies in the country. The 700+-page draft which has been circulated by the Ministry of Mines reportedly retains the windfall tax and the “special tax on excess profits” despite opposition and proposals for alternative measures from the companies. The draft regulation is expected to be presented to the Minister of Mines who will work with an inter-ministerial commission before presenting for government approval.

President Kabila signed the Mining Code on 9th March and time is running out to for companies to negotiate any changes since the deadline for the new regulations must be signed into law within 90 days. The draft also retains the ability for the Prime Minister to designate minerals by decree as “strategic substances” potentially subject to a 10 percent royalty rate. The prime minister’s office has reportedly said that cobalt will be designated a strategic substance with copper and others under consideration.

Tags: DRC, DRC Mining Code, iTSCi
Manage Cookie Consent
To provide the best experiences, we use technologies like cookies to store and/or access device information. Consenting to these technologies will allow us to process data such as browsing behaviour or unique IDs on this site. Not consenting or withdrawing consent, may adversely affect certain features and functions.
Manage options Manage services Manage vendors Read more about these purposes
View preferences
{title} {title} {title}